A day in Døråldalen and Rondane part II – The waiting game

This is part two of a blog series of four. Part one: Getting ready

Getting so close is pure awesomeness. I asked the guys to climb up there so I could get a size reference, but no such luck :) Seeing that it would take several hours to get there, I can understand why they weren’t that excited about that idea.

If I were to guess, this frame of the mountain is at least 400 meters high. Probably more like 6-700 meters. Hard to say without any references.

The clouds came and went all the time. I got a shot of Diger-ronden, which is about 2015 meters above sea level. If you look closely, you can see a cairn at the top on the right. They are usually about 1 meter high. That would give you a decent reference point on how tall it is.

To the right of the Digerronden, we can see Nørdre Smedhamran (1898 masl). It looks so cool with its ridges and deep textures. To the left, we can see the foot of Digerronden.

It’s hard to convey how big the mountain is, so I made a giant panorama of Rondane. Keep in mind that I stand around 16km from it. I shot 8 horizontal photos and stitched it together. Making it 81 megapixels big. You can view the full size and zoom in very close on this Google+ post.

It was getting late. Almost midnight now. The lunar eclipse would start in around 4 hours, so I should get some sleep. But the temperature was so nice, and I wouldn’t waste any time sleeping. So I went down to the pond again. To experience the quiet night under the big bright thing.

The wind was still absent. The day before it was almost a hurricane winds. But now, dead quiet. The leaves on the trees didn’t move a millimeter. The leaves would eventually move, but that was because of me breathing close to them.

After a little while, I started to get cold. I had put on several layers of clothing, but that doesn’t help much when standing still most of the time. But the quiet scenery was worth it. I would just sit down and relax in this quiet space. Thinking. Pondering. Not thinking at all. Just enjoying the quiet.

Time for a nap

The time was about one hour past midnight. The lunar eclipse was due in 2-3 hours. Better to get some sleep.
I walked back to the camp. The others slept in their cars. But since it was no wind, and it didn’t seem like it would rain anytime soon, I decided that I would sleep under the stars.

I’ve never done that before. Mostly because of the unpredictable weather here in Norway. But tonight I would only sleep for a few hours, and the car would be right beside me, so I didn’t see any risk in that. I got the sleeping back from the trunk, took a blanket with me and found a nice spot not too far from the campfire, which had finally died out in the night.

Set my alarm for four o’clock and went to sleep.

Next, Part three: the lunar eclipse

A day in Dørålen part 4 – The sunrise

I wrote my name with the moon – A trip to Feforkampen

A day in Døråldalen part 3 – The lunar eclipse

The grand landscape of Norway

A day in Døråldalen and Rondane part I – Getting ready 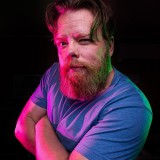 A day in Døråldalen part 3 – The lunar eclipse

A day in Døråldalen and Rondane part I – Getting ready

Theme by Anders Norén — Up ↑